At the initiative of the Friendship Albany Nijmegen (FAN) Association, two unveiling ceremonies were held on Wednesday, September, 18. Both ceremonies are related to the 75th anniversary of the liberation of Nijmegen.

Plaque on the  Nijmegen Waalkade/quay wall

At 2:30 PM, Hubert Bruls, Mayor of Nijmegen, Pete Hoekstra, the US Ambassador to the Netherlands, Mrs. Chloe Gavin, General James M. Gavin’s daughter and Anja Adriaans, founder of FAN Friendship Albany-Nijmegen, unveiled a plaque at the Waalkade in Nijmegen. They were accompanied by a student from Kandinsky College and Mondial College. The unveiling happened in the presence of the 82nd Airborne Division Color Guard. The public ceremony was attended by a large group. The plaque recalls the assistance that the citizens of Nijmegen received after the Second World War from Albany, NY. 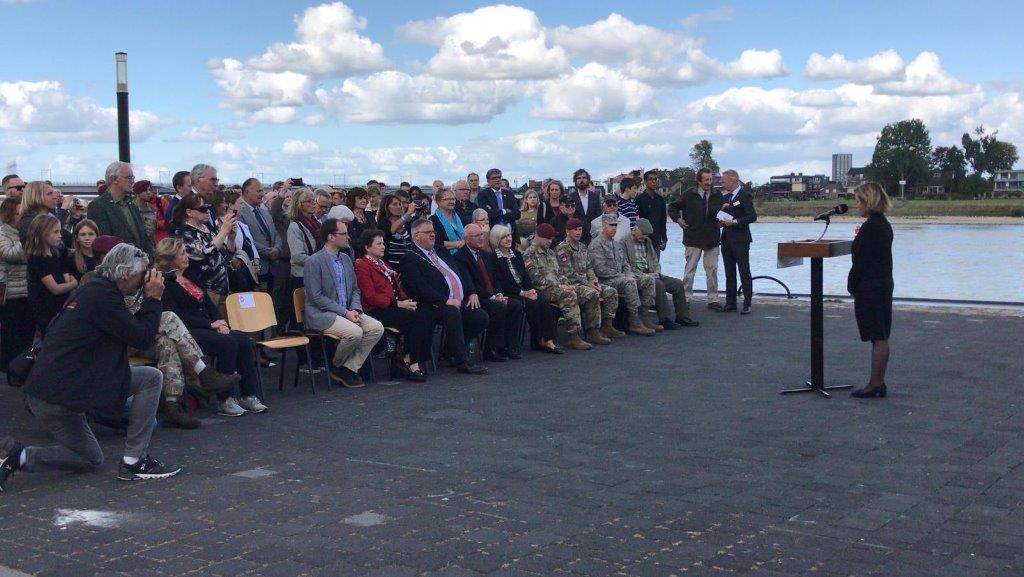 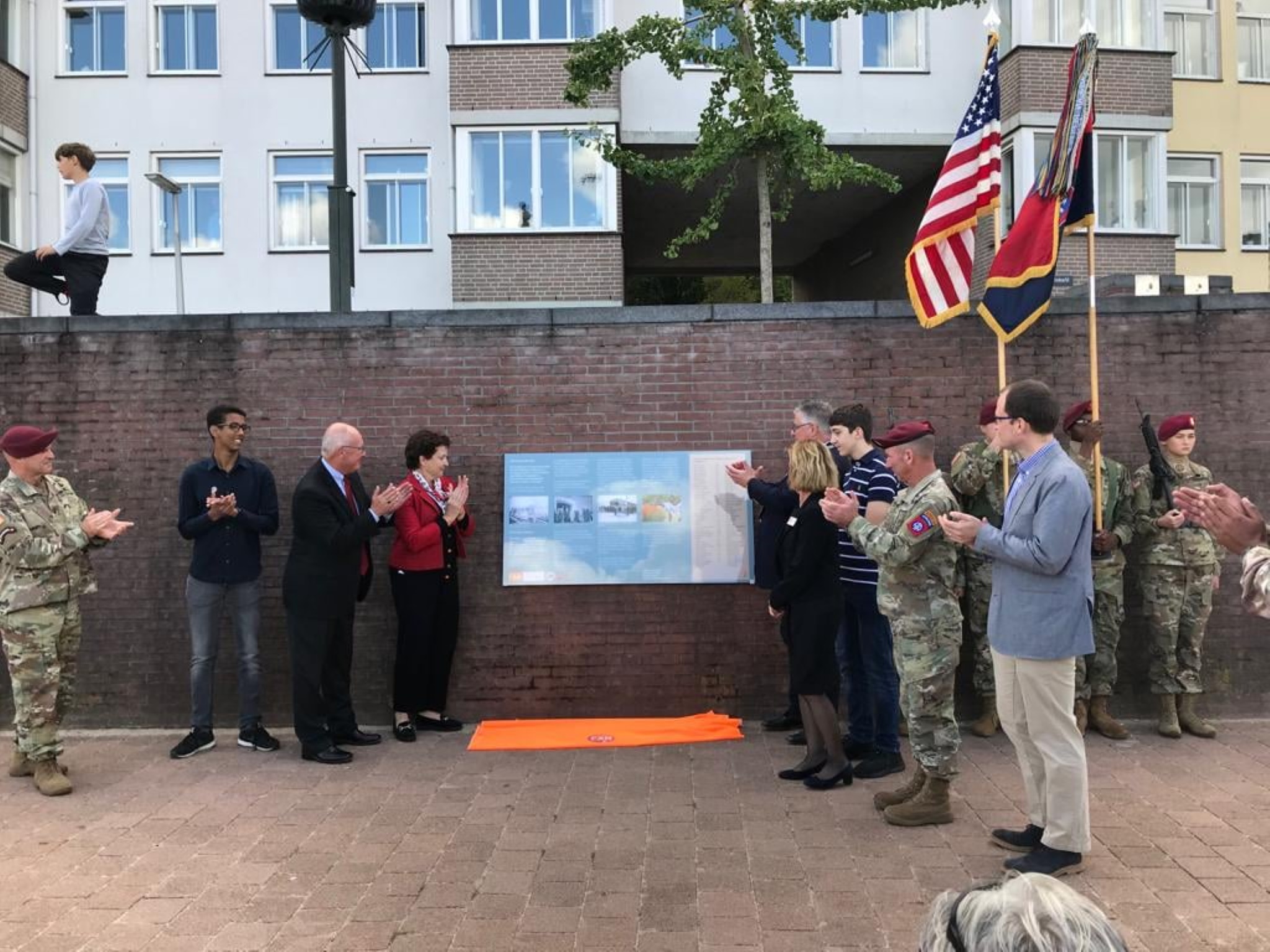 Subsequently, a wooden coat of arms was unveiled in the Gebroeders van Lymborghzaal of Nijmegen City Hall. The coat of arms was donated by Major-General James M. Gavin to the city and citizens of Nijmegen in 1945. The historic artifact had been securely stored in the Nijmegen Regional Archive (RAN) and is on loan for this occasion. At the initiative of FAN, the coat of arms is on display in a specially designed column in the public space in Nijmegen City Hall, along with our 3 banners that explain the history and context. 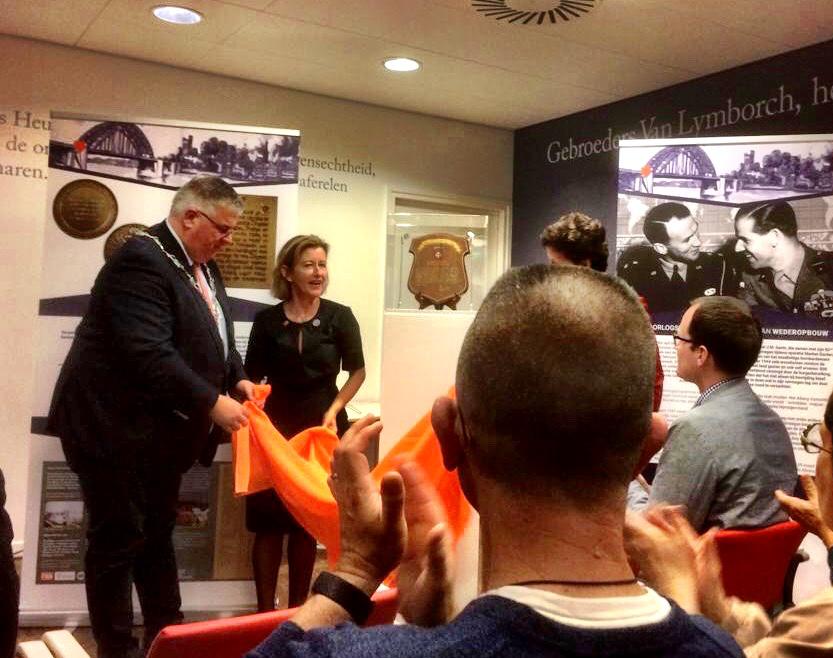 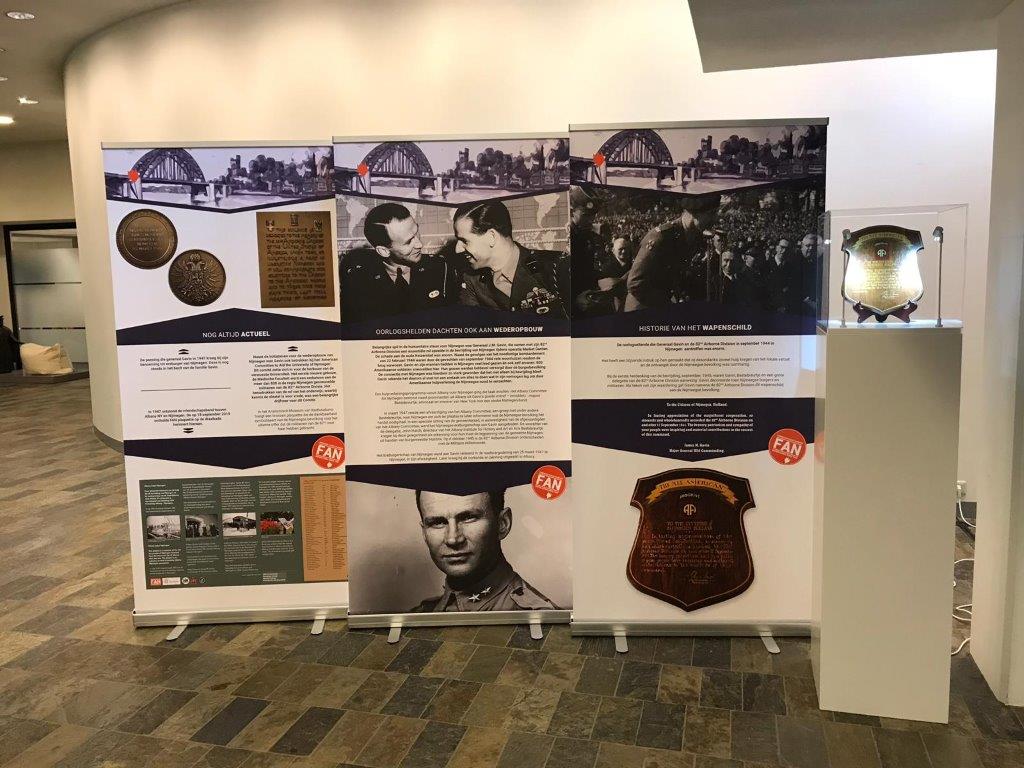 Guests of honor: Mr. and Mrs. Pete Hoekstra, US Ambassador to the Netherlands, Hubert Bruls, Mayor of Nijmegen and the General James M. Gavin family. 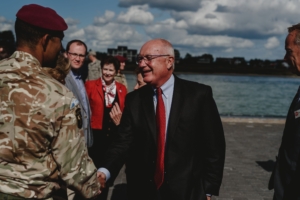 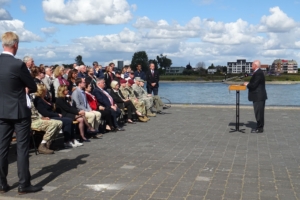 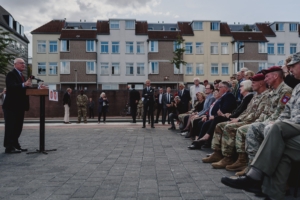 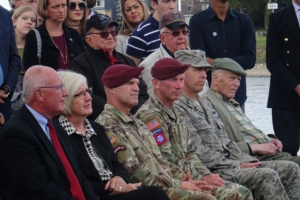 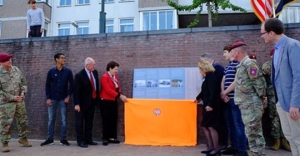 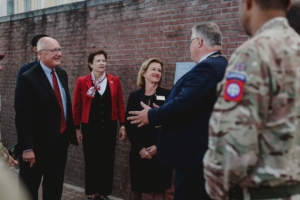 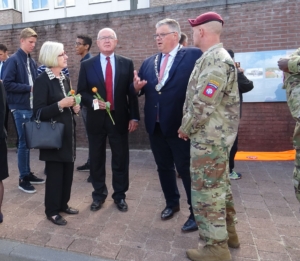 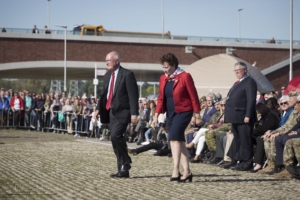 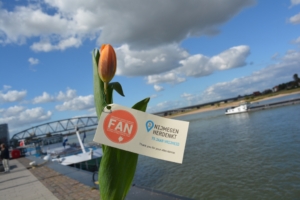 FAN events in the context of 75 years Operation Market Garden